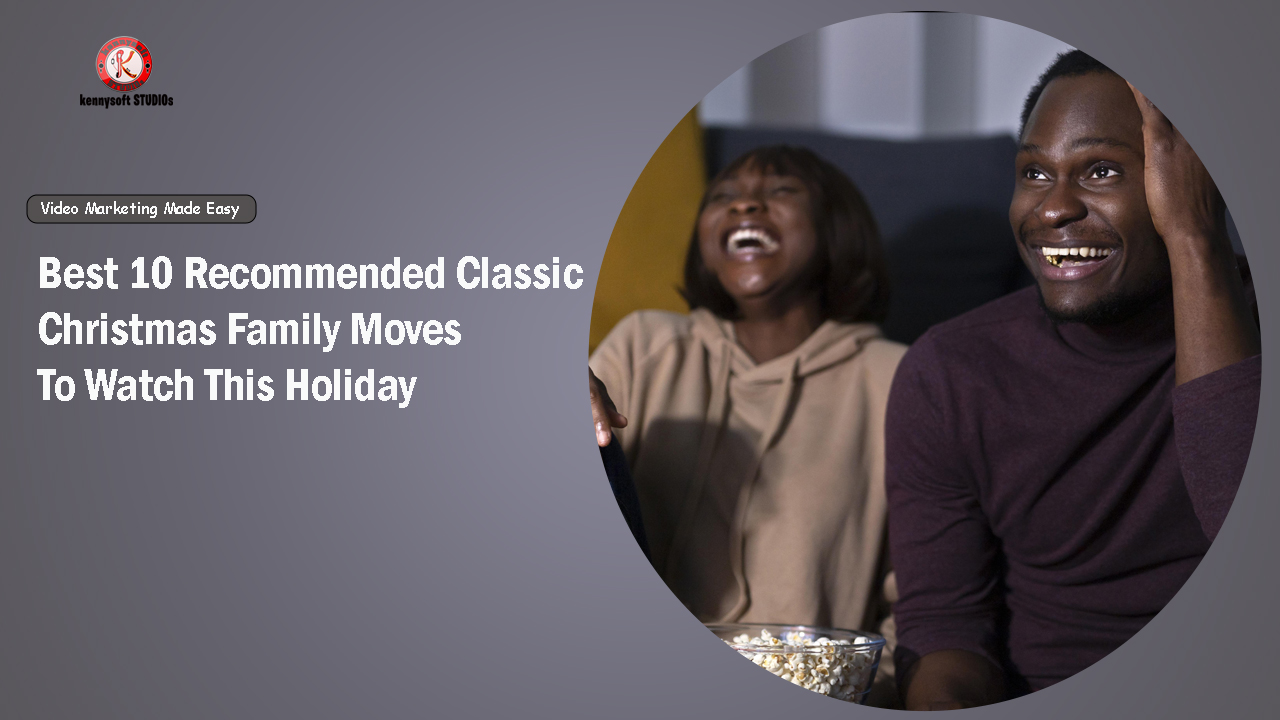 Christmas is a special time of year, when families from all around the world come together to spend quality time with each other.

While there are plenty of ways to keep the family entertained during the festive season, there is nothing quite like snuggling up on the sofa and watching a classic Christmas movie.

From heart–warming family dramas to hilarious comedies and beloved animated films, there are plenty of films to choose from to make your holiday season even more merry and bright. This article will provide a list of the best recommended Christmas family movies to watch this holiday.

Home Alone is without a doubt one of the most beloved Christmas movies of all time. The story follows Kevin McAllister, an eight-year-old boy who is accidentally left home alone while his family goes on vacation.

While his parents scramble to get back home, Kevin has to defend his house from two bumbling burglars. This classic comedy is sure to have the whole family in stitches.

Elf is a hilarious movie about an orphaned baby who is adopted by Santa’s elves and raised in the North Pole. As he grows up, he discovers that he’s actually a human and sets out on a quest to find his birth father in New York City. With an all-star cast and plenty of heart-warming moments, Elf is sure to be a hit with the whole family.

The Polar Express is an animated movie based on the beloved children’s book of the same name. The story follows a young boy who boards a mysterious train headed to the North Pole on Christmas Eve.

Along the way, he meets a variety of characters who help him learn the true meaning of Christmas. With stunning animation and an inspiring soundtrack, The Polar Express is sure to be a hit with the whole family.

This classic film from 1947 follows a department store Santa who claims to be the real Santa Claus. The film follows his court case as he attempts to prove his identity, while reminding viewers of the true spirit of Christmas. This timeless classic is sure to be a hit with the whole family.

A Christmas Story is a hilarious comedy following nine-year-old Ralphie Parker’s quest to get a Red Ryder BB gun for Christmas. This classic film is chock-full of funny moments that the whole family can enjoy.

The Santa Clause follows Scott Calvin, an ordinary businessman who accidentally becomes Santa Claus after donning the red suit. As he takes on the role of Santa, Scott has to learn to embrace the Christmas spirit and come to terms with his newfound responsibilities. This funny family film is sure to be a hit.

The Nightmare Before Christmas is a stop-motion animated classic from director Tim Burton. The story follows Jack Skellington, the pumpkin king of Halloween Town, who discovers Christmas Town and sets out to make it his own. This dark and whimsical movie is perfect for older children and adults alike.

Love Actually is an ensemble romantic comedy that follows the lives of a group of people in London as they deal with relationships, love and family during the Christmas season. With plenty of humor and a few heart-warming moments, Love Actually is sure to be a hit with the whole family.

These are just a few of the best recommended Christmas family movies to watch this holiday season. Whether you’re looking for a classic comedy or an animated adventure, there’s sure to be something on this list that the whole family can enjoy.

So, grab some popcorn and snuggle up together to enjoy a festive movie night.

Credit: article was written with support from openai.com