This is our best music video directors in Nigeria, as you already know the Nigeria music industry has really improved and one of such improvement is on our visual, Nigeria is blessed with a lot of talented music artists – the bests in Africa No caps – who release hit songs ever now and then. Guess what? Some of the songs from your favorite artist’s won’t be as big as they are without their music videos. Music videos boosts an artist’s visibility and exposure exponentially as stated on Redbrick.

So I am going to give you a track list of the best among the best music video director in Nigeria, crap your popcorn, relax and enjoy the read.

If you know the old Mo-Hit owed by Don jay and Dbanj In the early 2009 then you most know sesan, Sesan dominated the Nigerian music video scene. You either see his name Sesanor his company Film Factory and his music videos are always gold. Sesan has worked with top dogs in the Nigerian music space. Some top videos directed by him include;

The Sound by Davido

In The Morning by Mr Eazi

His face might not be popular, but his name certainly is. With over 20 years of experience, Clarence Peters is one of the biggest names in the Nigerian music video sector in the country. He is also a filmmaker and cinematographer.

Peters was born into a prominent family. He is the son of legendary afro-juju singer, Sir Shina Peters, and iconic actress, Clarion Chukwura.

He graduated from City Varsity ― a film school in Cape Town, South Africa, where he majored in cinematography.

Upon returning to Nigeria from South Africa, Peters teamed up with a group of filmmakers to establish the Alliance Film Company, which is now known as the Allied Film Company.

Peters worked with the company for a year and eventually started his own production company. The ace music video producer has worked with virtually every A-list entertainer in the country.

Some of the multiple award-winning music video producers works include; GhostMode by Olamide featuring Phyno, Johnny by Yemi Alade, Eminado by Tiwa Savage, among many others.

Uk born Nigerian, Meji Alabi is first on our list of leading music video directors in Nigeria. Meji has carved a name for himself as one of the forces driving the waves of music video production in Nigeria currently.

In 2019, Meji Alabi signed to Black Dog Films, a Uk based creative agency. His genius track record is a solid one; cutting across various movies, commercials, and music videos.

During the days when Olamide and his YBNL boys were in charge of the airwaves, Unlimited LA was fixed on our TV screens. In 2021, and the talented video director is still among the hottest in the industry. Hes responsible for the video of some smash hits including;

Bam Bam by Timaya and Olamide

Born ThankGod Omori Jesam, the music video director is also fondly called Boy Director. Although he is from Cross-River State, Omori grew up in Agungi, Lagos State, from a middle-class background.

He started directing at the age of 15 while overseeing stage plays in his school and church. Omori started making videos at the age of 16, but took it up professionally at 18, after graduating from PEFTI Film Institute, making him one of the youngest professional filmmakers in Nigeria at the time.

In 2019, he shot into prominence as he was the brain behind most of the chart-topping music videos. Some of his popular works include Soapy and Am I A Yahoo Boy both by Naira Marley, Totori by Olamide featuring Wizkid, Billionaire by Teni, Nobody by DJ Neptune featuring Mr Eazi and Joeboy, among several others.

Moe Musa is a celebrated Nigerian music video director and one behind some of your favorite Nigerian songs. He was most prominent during the 2010s but hes still making outstanding music videos in 2021. Here are hit songs whose videos he directed;

Only Girl by Adekunle Gold

In My Head by Larry Gaaga and Patoranking

Mattmax, owner of Mattmax Productions. This talented video director has been active in the industry since 2005. His videography boasts of renowned Nigerian artists and also hits some of which include;

Check and Balance by Burna Boy

Patrick Elis is one of the music video directors that revolutionized the Nigerian music industry. He was there at the very start of the career of the biggest stars in Nigeria and helped them score major visual credits. Patrick Elis is responsible for several hits including;

Holla At Your Boy by Wizkid

Baby Na Yo Ka by Flavour

N.W.A by Phyno and Wale

So Far So Good by Phyno

Oladapo Fagbenle fondly known as Daps is a British born Nigerian artist and video director. Daps rose to starlight after shooting the video for USA hip hop group Migos hit song Bad and Boujee. The video went on to become a US number one and generated hundreds of millions of views.

Daps had a career as an athlete for many parts of his life until 2010. At the age of 24 when he decided to take up a career in video production. Since then, Daps has gone on to attain world-class heights.

He was the mastermind behind the visuals that accompanied Afrobeat superstar Davidos hit track Fall. The music video surpassed 100 million views, becoming the most-viewed video by a Nigerian artist on YouTube.

Kenneth Horsfall who is fondly called directorKEN has been the opportunities to work with some of Nigeria biggest artist like:

Just to mention a few.

Video directors are no doubt indispensable in the music and entertainment industry. A video is a visual representation of a song and it helps to increase the visibility of the artiste and song, so the roles of these music video directors cannot be over-emphasized. 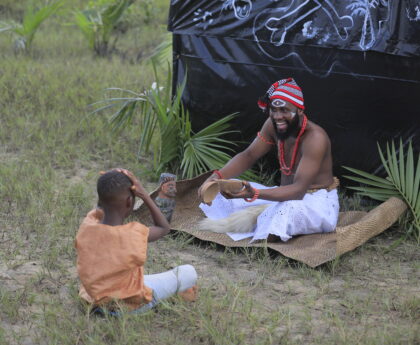