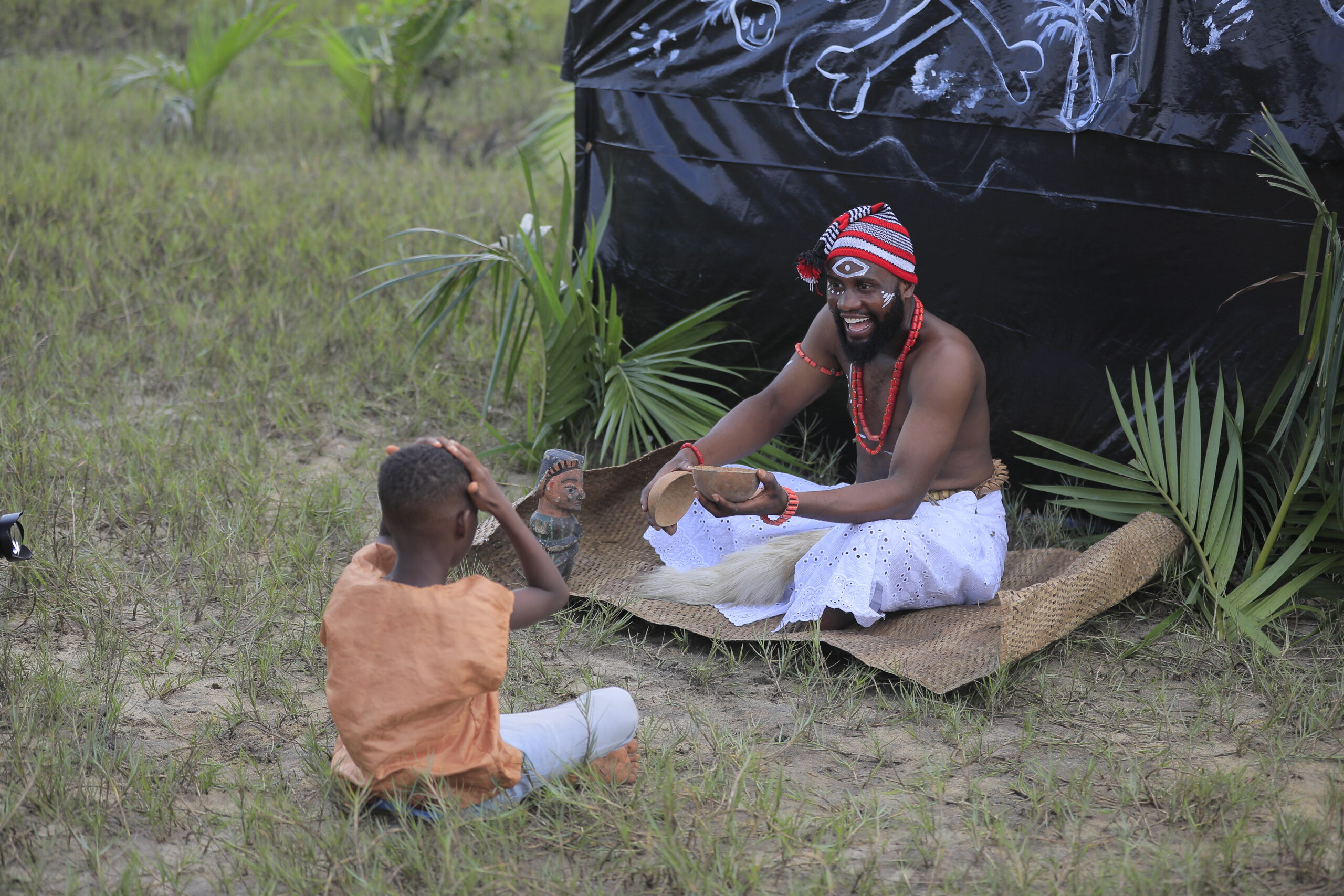 How did the Nigerian movie industry, known as Nollywood, become one of the world’s top three movie industries in a period of just three decades, attracting an impressive degree of research interest since its debut in the 1990s and resulting in a dedicated transdisciplinary research niche called “Nollywood studies”.

The Nigerian film industry is undoubtedly helping create jobs in a country with an economy that relies mainly on oil and agriculture. Over a million+ people are currently employed in the industry, making it the country’s largest employer after agriculture.

Looking at the evolutionary interface between technology and entrepreneurship as a dynamic process in the progress and transformation of Nollywood. Complementing the issue of technology as a factor in Nollywood’s evolution, further matters of interest at the outset of this study include issues such as culture, ethnicity and social capital.

Nollywood is a typology of a community where process, outcomes and culture of knowledge production operate in a social ecosystem of inclusiveness and openness on a scale where the existing theory of openness does not fully capture the critical details.

In case you don’t know Nollywood films have the largest following in Africa and among Africans around the world. They gained popularity during the digital revolution of the early 1990s when camcorders replaced 35-millimeter film cameras, and digital systems replaced celluloid as recording devices. At the time, while some parts of the world adapted to the new digital technology, Nigeria continued to use inexpensive VHS tapes and players that were easily accessible and affordable to consumers. Eventually film technology evolved as movies made on DVDs started to generate huge demand. Now technology has evolved to the stage where movies are streamed via a mobile device.

Nollywood’s entry into the African and global entertainment space marks or affirms creative destruction or disruption thesis specifically in the case of African auteur cinema and also of a state monopoly of entertainment media, giving rise, in Nigeria at least, to a grassroots economic development that horizontally democratizes appropriation and distribution of benefits with equitable outcomes.

In 1957, “Fincho,” became the first Nigerian film to be shot in colour. Following Nigeria’s independence in 1960, more cinema houses were established, and in 1972, the Indigenization Decree by Yakubu Gowon made possible the transfer of ownership of about 300 cinemas from their foreign owners to Nigerians, resulting in more Nigerians actively participating in the Nigerian film growth.

In 1984 “Papa Ajasco” by Wale Adenuga became the first blockbuster, grossing an estimate of 61,000 naira in three days. In 1985, “Mosebolatan “ by Moses Olaiya grossed 107,000 naira in five days. Also in the 80s, filmmakers like Adeyemi Afolayan produced classics such as Kadara” (Destiny), “Taxi Driver” among others.

It is impossible to forget the artist imagery created by Afolayan as far back as 1980. More than the narrative structure, it was the images, shots and production quality that took the older generation through a nostalgic journey, and the younger generation through an enlightening journey.

Nollywood continues to exploit technology for both production and marketing. Still forging pragmatic partnerships with the informal marketing stakeholders, the industry has also embraced video-on-demand (VOD), especially for the diaspora market. According to Abubakar Yakubu, “beyond traditional marketing, we can use the internet platforms such as YouTube, Facebook, Instagram and Google to market content. Through internet, people can access our products and pay directly via advertising”. He rightly observes that “the marketing field is now democratized and not limited to single monopolistic medium”.

Nollywood movie producers produced a total of 1,051 movies in the first six months of 2021, 1.7% higher than movies produced in the corresponding period of 2020. This is according to data published by the National Bureau of Statistics (NBS).

The Nigerian film industry has recorded an improvement in the volume of productions over the years. The cinematic culture of Nigerians, that is wanting to express and spread our diverse cultures through film, has encouraged more movie productions, so much so that movie production has grown 477% within three years, from 2017 to 2020.

In addition, they said despite the 45% market share that Lagos cinemas represent, in the first quarter of 2021, Funke Akindele’s blockbuster movie, ‘Omo Ghetto,’ accounted for 48% of revenues and 47% of attendance in Nigerian cinemas.

YOU MAY LIKE: Social Media: 7 Easy Ways to Make Your Video Go Viral

Conclusion: Nollywood is a clear manifestation of the link between entrepreneurship and economic development. It also shows how openness, technology, and innovation reinforce that connection. Furthermore, Nollywood’s success reveals a constellation of factors not often considered as elements of openness and shows their ramifications for economic growth. In Nollywood, we see how historical, circumstantial and context-specific factors at national level coalesce to trigger local entrepreneurial ingenuity and are in turn leveraged to yield positive economic outcomes. This happens in ways that indicate potential scalability and adaptability of the Nollywood phenomenon to other entrepreneurial sectors in the rest of Africa. Already, the globalisation of Nollywood across the African continent and in the African diaspora is a fascinating development that has been the subject of many studies. Catapulted way beyond its Nigerian origins, Nollywood is a yet-to-be-fully-unravelled cinematic phenomenon that analysts regard as fundamental to Africa’s self-expression.